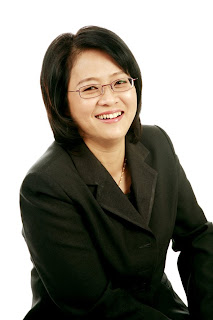 Responding to the Call of Times

This special booklet themed “Responding to the Call of Times” records and reviews events from 17 October 2008 to date. The booklet’s theme was primarily based on endless challenges encountered from both within and outside the party in the past year. Morale has been low following defeat in the March 2008 general election. Further, successive squabbles in the wake of the party election held on 18 October 2008 have caused delays and setbacks to our efforts in the process of transformation.

Indeed times have changed such that people of today have much more higher expectations from political parties. The March 2008 general election results evidently showed us that what the people are tired of just lip service or minor benefits. People are fed up and jaded of abuse of power and corruption. They want democracy, transparency, openness and justice. The major reason we were defeated in many electoral districts was neither because we did not serve our electorate nor because we did not perform well. Rather it was the service provided by us which has failed to change the overall trend of abuse of power and corruption. We failed to convince the people of our ability and sincerity in rectifying errors. Consequently, if we were to continue with past approach of being contented with superficial harmony while turning a blind eye to the rot beneath such harmony; if we are unable to safeguard democracy even within our own party but choose to endure and compromise in silence; not only will democracy which mankind has been fighting for centuries vanish overnight, thus we will never be able to face the people with dignity and pride! Thus, how do we convince the people that we uphold democracy, transparency, openness and justice?

In the past one year, we persisted in marching forward steadfastly together, hand in hand with Wanita MCA Central Committee members, grassroots leaders and members amid various challenges and turbulences. Within a short span of one year, we have successfully implemented the Wanita MCA’s 5 Plans based on the 7 Objectives, which was strategically planned for a term of three years. We have seen remarkable records of achievements in the implementation of some plans while one plan with preliminary results; another in the preparation process ready to be implemented and finally two plans at the initial stages of implementation.

One notable achievement is the setting up of 31 Women and Children Aid Counselling Rooms nationwide. Initiative in line with the objectives and plans which is showing preliminary results is marked by the Political Strategy Bureau with continuous efforts such as presenting memoranda to relevant government agencies and expressing political views and opinions through the media. While the Women Entrepreneur Development Centre (WEDC) falls in the ready to be launched preparatory process, recruitment and training initiatives for the Elite Teams and Beliawanis are under way.

Chew Mei Fun
Posted by Responding to The Calls of Times at 2:57 pm No comments: